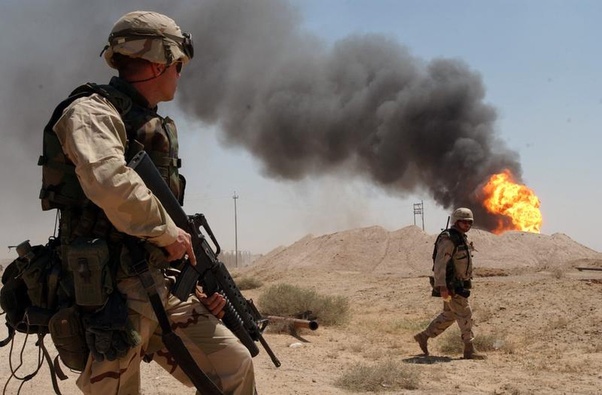 The Gulf War  (2 August 1990 – 28 February 1991), codenamed Operation Desert Shield (2 August 1990 – 17 January 1991) for operations leading to the buildup of troops and defense of Saudi Arabia and Operation Desert Storm (17 January 1991 – 28 February 1991) in its combat phase, was a war waged by coalition forces by 35 nations, led by the United States, against Iraq in response to Iraq’s invasion and annexation of Kuwait arising from oil pricing and production disputes.

On the July 25th, 1990 , Saddam met with April Glaspie in Baghdad, the US Ambassador to Iraq since 1988. She had been born in British Columbia and became an expert in the Middle East. Her report to the government that “We have no opinion on your Arab-Arab conflicts” and that “the Kuwait issue is not associated with America” may have been  interpreted by Saddam as giving free rein to handle his disputes with Kuwait as he saw fit. It seems far more likely that Saddam Hussein went ahead with the invasion because he believed the US would not react with anything more than verbal condemnation.  Iraq invaded Kuwait August 1990.

Of the 219 (212 men and 7 women) USA casualties, 154 were killed in battle and 65 died from non battle causes. Thirty-five of the battle deaths were a result of friendly fire. 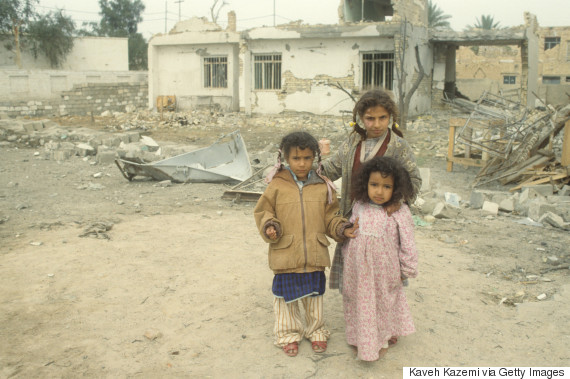 On October 7, 2001, in response to the September 11 attacks, President George W. Bush announced that airstrikes targeting Al Qaeda and the Taliban had begun in Afghanistan. Operation Enduring Freedom primarily refers to the War in Afghanistan,]but it is also affiliated with counterterrorism operations in other countries, such as OEF-Philippines and OEF-Trans Sahara.

After 13 years, on December 28, 2014 President Barack Obama announced the end of Operation Enduring Freedom in Afghanistan. Continued operations by the United Nations military forces, both non-combat and combat, now occur under the name Operation Freedom’s Sentinel.