Gillespies have served in many wars, with records in this library as early as the 1600s in Ireland. The first Canadian military record on file is for September 1759 for a Gillespie military leader on the Plains of Abraham in Quebec City and the struggle between the French and British for control of Canada. His roots have been researched to Renfew County in Ontario where his family later settled. Another Scottish Gillespie soldier, in the same battle in Quebec, had  arrived from Fort George, near Inverness, Scotland. His family history is recorded on this website.

In 2014, I stood  in Westminister Cathedral in London, England looking down at the grave of the British leader of that great battle in Quebec, General James Wolfe (1727-59) which determined Canada’s future British roots instead of French ones, in awe of the history that is remembered on these pages.

Click on the links below to find Gillespie records in military conflicts around the world,  beginning with periods of time long ago then moving closer to today.

A unique insight into Horatio Nelson & his doctor

Diplomatic relations between Britain and France had deteriorated and were now brought to crisis point over Britain’s refusal to evacuate Malta and Napoleon’s unwillingness to withdraw troops from the Netherlands, Switzerland and Piedmont, conditions both countries had agreed upon when signing the Treaty of Amiens. Britain declared war on France on 16 May 1803. Nelson joined his ship HMS Victory at Portsmouth on 18 May 1803. Dr Gillespie joined him aboard in 1805. 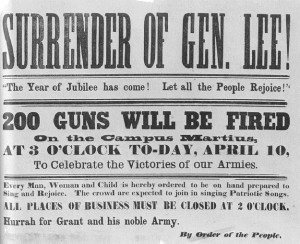 See photo of a British mule train straining up a hill. My Uncle, James Gillespie, my Dad’s brother,  from the Ottawa area of Canada, served in that war in Africa. He came home  in 1901, married a local girl from Hazaldean, became a fireman, and lived to be into his 90s. Photo of men in the trenches My Grampa, my Dad’s father, John Gillespie married a widow in 1900 in Billings Bridge, Ontario near Ottawa. One of her sons, Ernest Davis, from her first marriage, enlisted in Saskatchewan, went overseas in 1916 and died in 1918 age 24 in the Somme area of France.   I just found his grave.

My Dad moved to the States to operate an ammunitions plant during the war, and I have a copy of his passport and special military identification.  Sam Gillespie was by then in the prime of his life, in his early forties (b 1875),  married for the third time in 1918, and the couple lived in both Ohio and Pennsylvania. After a serious accident, my Dad returned to Toronto, where he lived out the rest of his life. I didn’t appear until his fifth  and last marriage when he was in his late 60s, and my mother 30. I knew none of this history when I began  researching in my 20s. I have interviewed and filmed a World War II vet and his wife in Duncan, Grey County, Ontario Canada. It took two visits to get him to open up a bit about his arrival as a medic in France a week after D-Day, and some of the terrible things he endured. Immediately after a conflict, he helped carry the bodies of injured men on stretchers back to a makeshift hospital set up in various areas. The medics following the soldiers who were moving along dangerous roads lined with thick hedges that sometimes hid the enemy.

His wife he would meet later when he came home after the war ended. She was working in a factory in Toronto making Brenn Guns. They have been married over 60 years, still living independently on their farm, a marvelous testimony of love and faithfulness through the hardest of times. Sadly she has died since I first penned these words, but I enjoyed a final chat with her at the yearly Remembrance Day Service not that long ago.  Their story can be found on film at the Craighurst Museum near Collingwood. She told me they would harness the horse and buggy to ride into town  an hour away and had maybe $5.00 for all their shopping. They grew a big vegetable garden and raised their own meat, as nearly everyone did back then. It was a social outing they really enjoyed.

Not that long ago, since I was raised in a period when we did all our farming with horses. I was 12 when–after helping to hand milk the herd of Holsteins– I was given the big team and sent into the field to rake the drying hay. My feet couldn’t reach the floor from where I sat on that hard metal frame. I had to yank the chord as fast as possible to drop the grass from bunching up under the tines below my seat,  cause the horses ran off on me until stopped by the fence. They just wanted to go home. Dan and Molly. When we later brought the big loads of loose hay into the barn, I would be sent up into the mow to tramp it down as the men had fun forking the hay on me faster than I could move it into place. I sputtered and choked, and got mad, and they just laughed all the  harder.

That barn has fallen down now, the farm sold,  and the men of my childhood all gone.  Of those who went to the great wars from our village, their graves and military markers are overshadowed by the remaining towering evergreens that the guys of World War I planted before they left. It upsets me to see another of those trees cut down.

When I was a student at a college in Alberta in my 20s, I lived off campus with a family that included a man who had been a seaman during the Korean Conflict. The little that he shared gave a glimpse into the stress, the fear, and strain of those dangerous times. The Vietnam War caused the majority of my American classmates to come to a Canadian college in Alberta during the turmoil of the 1960s. I was in love with one of those American men, but after graduation,  he left for  military training while I drove overland across the Middle East with a group to live and work in India and Nepal far from the conflict. How many of my classmates died in Vietnam I have not been able to discover, but most were drafted as soon as they returned home. So this war was especially personal to me.

Forces Reunited – British Soldiers’ Website. Forces War Records has over seven million individuals records and a ton of supplementary military data not found on any other sites.

History of the Forty-Seventh Infantry Regiment, by David E Gillespie, 1946.

Photos: Sergeant Gillespie instructing soldiers of the Argyll and Sutherland Highlanders (Princess Louise’s) Regiment, in the use and care of rifles. (several photos of this soldier) World War II

Photo: of Caribbean women being fitted out with their uniforms. Corporal Gillespie tries a cap on Emmie Greenhalgh, from Barbados the former personal secretary to Brigadier Stokes-Roberts, commanding officer for the South Caribbean area.