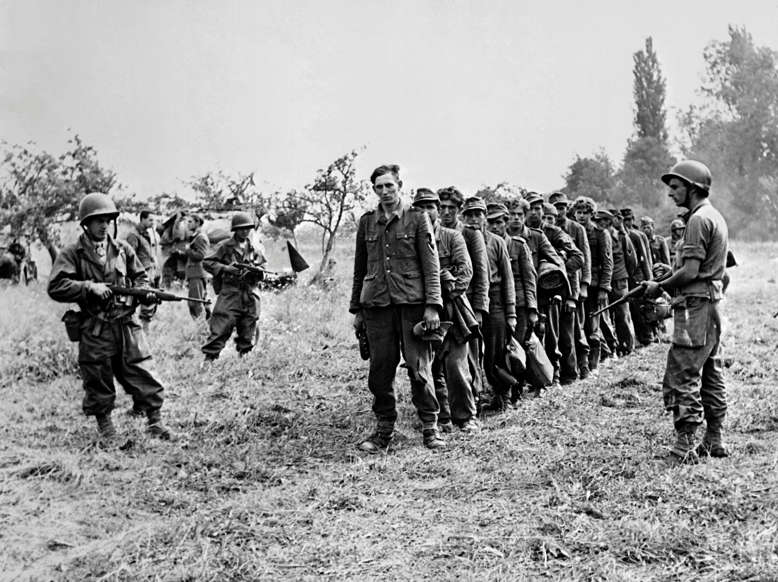 German prisoners under guard of the 2nd Armored Division of the French general, Philippe Leclerc, in September 1944.