I’m a Canadian cook, who likes a dinner meal that  is based on a meat and two vegetables. I might substitute a tossed salad with lots of greens. Casseroles make a nice change. Despite the rise in cooking shows promoting Italian food, I rarely cook pasta. However, the occasional Lasagna makes a nice change. My bottom of the barrel meal is Spaghetti, when the pantry gets low, just before a major shopping– and rarely even then.

Yes, I know that the Mediterranean Diet is supposed to be the most healthy of all, but I don’t like some of its food. We all have things we like and things we don’t, because taste is selective. What hints might I offer to add flavour to your dishes? So much depends on culture, and how we were raised.

I love French style cooking,  and I love dairy products. Perhaps that is because both mesh so well. I was raised around Holstein cattle and the cream they provided.  Cheese was made regularly in a community I passed, growing up. We’d often stop to buy some cheese there. Weight gain, however,  has demanded I pay attention and  turn away from this rich fare towards Keto cooking just now. So, I end up with  half attempt of the old meals and the new mixed together.  I have to figure out a new diet that will keep me from gaining back all the weight I am losing. There are also some health concerns that come into play, as well, to  keep the old ticker going as long as possible, and reduce inflammation in the body.

I have tried all kinds of cooking over the years, visited many restaurants, and enjoyed many meals made by others. Forget Cuban, Vietnamese  and  Japanese restaurants for me.  I do like Chinese buffet, but invariable mainly choose American dishes.

Sometimes I will sip at or even cook with a liquid supplement when I am limiting calories, (Boost or Ensure) to ensure I get proper nutrition. Watch those cartons, though, as the supplier doesn’t add a very important Vitamin K, which one gets from green vegetables. That is why I am pushing green salads just now. We didn’t have many  salads growing up. I do like tubers such as potatoes and turnips, and vine grown vegetables like squash or Cucumbers, but I am not fond of Brussell Sprouts,  nor green and yellow beans.

A sugar addition is a real battle for those of us who want to eat more healthy. In my cupboards and fridge, I always have apples,  blueberries, and bananas– fresh or frozen. Lemon pie filling  is in the cupboard, or fresh lemons in the fridge,  to pull out and whip up something,  when I want to bake a desert. I rarely use a cook book, but have had lots of them  over a lifetime, even taking cooking courses. Now I just have three for reference and some ideas.

Have I made mistakes in cooking? Absolutely.  I added nutmeg to something the other day and it ruined the dish. How do we learn what we like or not, if we don’t try different dishes.  I can still remember my toddler loving peaches,  but spitting out peas when I fed them to her from canned,  baby food jars. When I made my own baby food, or baked from garden produce, I saw reactions because taste buds had grown used to commercial products. Hollywood makes movies about subjects like this, so I represent the generation before cookbooks and U-tube videos introduced the world to other cultural cuisine. Some of it is great; others less so.

All recipes follow a pattern, and if you figure out the main ones, usually portions for ingredients, you’ll have more freedom in the kitchen. It helps to have some basic recipes well learned as the foundation on which to build other things. I rarely eat pork now. love lamp chops far more than beef ones, and appreciate the occasional liver dredged in flour and fried with lots of onions. My favourite light restaurant meal is fish and chips. I rarely eat french fries or hamburger any more, although they seem to be a staple in many North American restaurants. Too many calories. We love our Tim Hortons, but even a simple muffin boasts 300 calories, before adding butter. I am no longer calorie counting but can do so in a flash, when trying to decide between two choices that makes a difference in dropping weight.

Adding a bit of butter with Olive Oil helps improve the overall taste in frying food. Certain oils have a higher burn point, so the danger of fire is lessened when cooking,  Some oils are more appropriate to use in different situations  Steaming vegetables certainly helps retain their goodness, while boiling depletes them, unless you use the water in which the vegetables cooked,  instead of throwing it away.

My Mom would make a Shepherd’s Pie under her homemade crust, and  bake it in a temperamental wood stove during my childhood. It was scrumptious. I have never been able to come close to creating its flavour in any of mine. Thanks, Mom.  I never saw a cookbook growing up,  until I got to Home Economics in Grade 9 in High School, where we students made one. I would come home all excited and want to bake what I had learned that day, but my male siblings were less impressed with my early struggles as a cook.

Fortunately,  both my brothers have great wives with lots of cooking skills. I married a city guy, who turned out to be a  good cook, a surprise to me.  I never saw my brothers  cooking in the kitchen.   I had to adjust to what seemed like tomatoes or ketchup on almost everything, and some foods I had never heard of–Montreal Smoked Meat was his favourite. I also doubled some food purchases cause there was a man in my house who used them as much as I did. When our daughter married a guy from Las  Vegas,  she  learned another style of cooking from the South, which I sampled when visiting them.

I am not into spicey food, nor International meals– although I have travelled a lot and lived in foreign places. I dislike rice,  because it was the steady diet in  India for two years, usually served cold,  and always had to be cleaned at night with bugs and stones in it.  But I love warm chapattis. It was there I also learned to dislike yoghurt, because one had to brush aside the flies bothering it in the market place. But full Indian meals can be very enjoyable. I recently had a lovey one,  at the invitation of a  Muslim family who live next door. 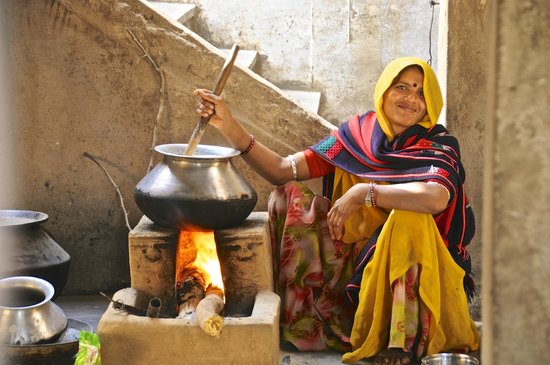 There is an emotional element to eating. Binge eating can happen when stressed. We turn to food for comfort and pleasure. We overeat without realizing it sometimes, and even wonder, Why am I still hungry?   after having some food.   It is very important to have a protein to sustain a sense of fullness, as a pure sugar fix (eg a donut), will only send our blood sugar soaring, and then crashing down sometime later, and tire us.

I won’t be having any Japanese sushi, which both my children like. We tend to choose or reject a restaurant because of the food choices that it offers that we like,  or don’t. Otherwise, it might be because the restaurant is too pricey. It’s nice to sit by a river or lake to have a meal, but if the wind is too strong, or smells bad, no matter how nice the restaurant layout, one moves on.

The delight of certain fragrances is a selling product many businesses understand, while others don’t. I keep a Vanilla one on my desk as a subtle uplift.

Salt restriction is a real pain in the kitchen, as it adds such flavour to food. I’m not referring to packaging, as I  use very little of that, nor canned goods. My big veggie garden is now a tiny one, and I planted the left over stubs of Romaine lettuce from the grocery store that  I used up last week, and the plants are doing well in my window sill. I usually grow lettuce all the time. But be careful, as there have been recalls for contamination on Lettuce in Grocery Stores.

I keep frozen pie shells in the freezer. Take one out, let it thaw a bit to soften. I can prick some holes in it so it won’t balloon when baking. Then,  into a hot oven at 400 F, for 10 minutes, It is ready for a filling. A really quick fill is to simply open a can of cherry pie filling and dump it in, return the pie to the oven at 350F and let bake for another half an hour,  or slightly less.  Other pie filling may require addition of other flavourings, even thickening agents. Need a top crust? Just soften a frozen one a bit then add on top of bottom one with filling. Cut a few slits in top to let steam out. The crust will collapse on top of the other one during baking. One can always add an egg wash, by brushing the top crust with a bit of beaten egg, then dusting all lightly with sugar for a shiner finish.

Sometimes I  use that baked pie shell to make a quick Quiche for breakfast or lunch . That means I  steam some frozen broccoli spears, which I crush when cooked, and make a cheesy sauce with three beaten eggs, and add some seasoning for taste. Into a cooler oven of 350F so the eggs don’t scramble, and 30 minutes later, out comes a lovely, healthy presentation — usually it provides four slices, one for eating now, and another three to freeze to warm up later.

Want some basic recipes? Here is a cookbook I created years ago for my daughter, as she went off to college. We stiff refer to this volume in both homes, cause of its simplicity in the basics.