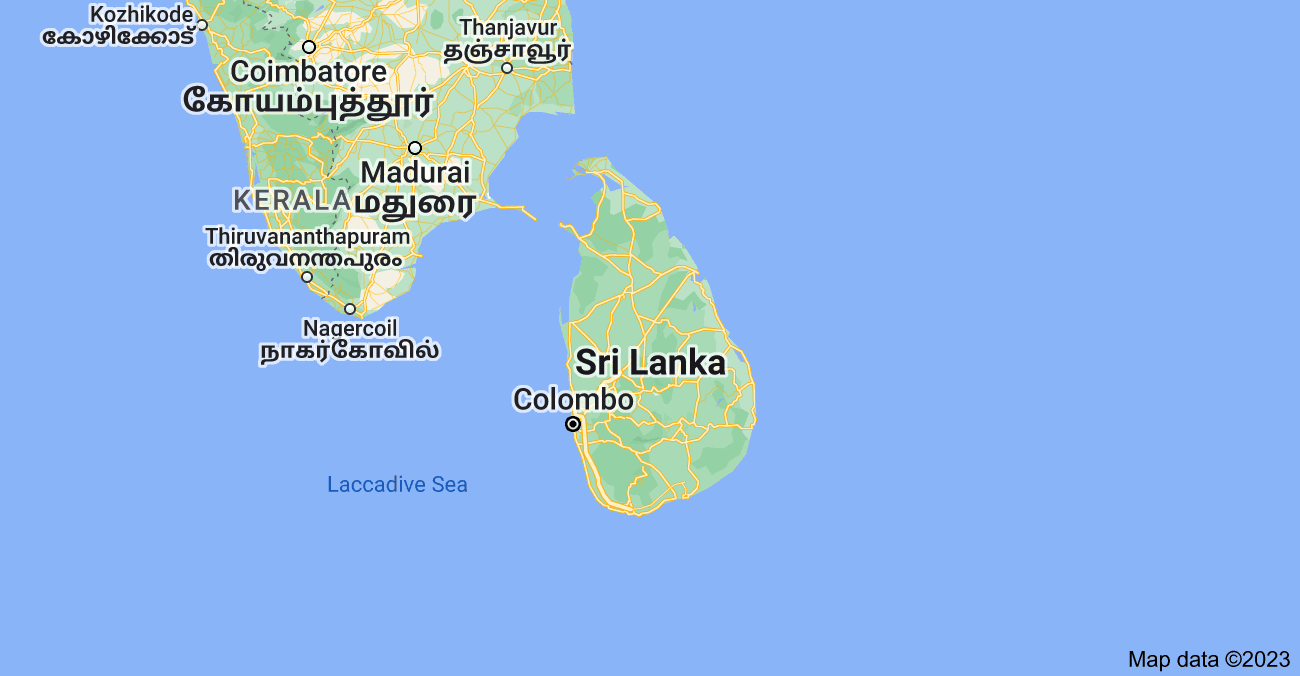 Ceylon was the British Crown colony of present-day Sri Lanka between 1796 and 4 February 1948. This colony was one of the few sources of cinnamon in the world. The opening of coffee and tea plantations, road development schemes, the establishment of hospitals and maternity homes throughout the island, were just some of the major works undertaken by the British who ruled Ceylon until its independence in 1948.  It was renamed Sri Lanka. The population was multi-racial,  mainly Dutch and Portuguese with many Tamils from India. Coffee plantations were replaced with tea and rubber plantations and made it one of the richest countries in Asia. The island is located about 30 kilometers or 19 miles south of the southern tip of India. The population in 2019 was about 21 million people.