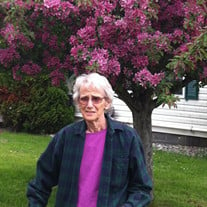 Alice Gloria “Midge” Gillespie, 87,  passed away Monday, December 16, 2019, at her home in Evergreen Shores, St. Ignace, Michigan, with her long-time caregiver and loving son Terry Gillespie at her side. Midge was born in Moran, Michigan, on August 30, 1932, to Herman and Elsie Huskey. Midge attended Moran Elementary School and LaSalle High School. She married Jay Edward Gillespie and they made their home on Mackinac Island, Michigan before moving back to St. Ignace when their children were ready to start school. She worked at Highstone Department Store and at Castle Rock in St. Ignace, as well as on Mackinac Island, before starting her own store, Gillion’s, in St. Ignace. After she closed the store, she worked until retirement for local hotels. Midge’s favorite things included spending time at home working puzzles, reading, playing cribbage, gardening, and walking or taking rides in the woods. She loved hunting and fishing, picnics, and buggy rides. She enjoyed going bowling and dancing, going to deer camp and feeding the deer and animals, going to local fairs and horse pulls. She liked cross country skiing, and snowmobiling to the Island. Midge was a member of the Episcopal Church in St. Ignace. 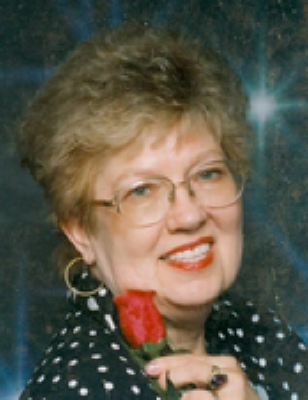 Carol E Gillespie, Midland, Michigan. Sept 16, 1941 – Dec 25, 2022.  Age 81 of Midland, passed away on Sunday December 25, 2022 at My Michigan Medical Center, Midland. The daughter of the late Harvey C. and Beatrice M. (Krause) Ropp was born in Midland on September 16, 1941. Carol had been employed with The Dow Chemical Co. until retiring in 1991 after 30 years of service. She attended Homer United Methodist Church. Carol enjoyed spending her time with her grandkids. Surviving is her husband of 61 years, Glenn Gillespie of whom she married on May 27 1961; daughter, Colleen Gillespie; grandchildren, Tonya Gillespie, Eric Weinert, Dylan Weinert; sister, Wendy (Rob) Donovan. In addition to her parents, Carol was preceded in death by her son, Steven Gillespie; and sister, Sharon Ortiz. Funeral and committal services was conducted at 11:00 a.m. Friday, December 30, 2022 from Homer United Methodist Church. Interment  in Midland Memorial Gardens. 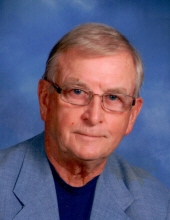 Dale “Giz” E Gillespie, age 84, passed away Thursday, December 15, 2022, at his lakeside cottage at Londo Lake in Hale, Michigan with his family by his side following a brief illness. He was born in Bangor Township, Michigan on February 9, 1938, to the late Ivan E. and Gladys (Taylor) Gillespie. He graduated from TL Handy High School, Class of 1956 and joined the U.S. Marines for 3 years of service. He retired from Bay City Powertrain and wintered in South Fort Myers, FL where he became a 31-year member of the American Legion Post 0274. He enjoyed hunting, fishing, boating and golfing, where he hit his first hole in one at the age of 84. He enjoyed living near the water. He married Betty Ann Hales, on November 5, 1960 at Jefferson Ave. Methodist Church in Saginaw.

Funeral Services was held Wednesday, December 21, 2022, at 2:00 pm at Rivertown Funeral Chapel, Kawkawlin, Michigan, with Pastor Sam Bennett presiding, with Military Honors. Family greeted friends from 10:30am until the time of service.

Deane R. Gillespie, 83 of Hessel passed away Wednesday morning at Doctors office in Cedarville . He was born on Mackinac Island January 3,1934 to Robert Alexander and Florence Ellen (Vaughn) Gillespie. He lived most his life on the island and attended school there. He owned Gillespie/Gallagher Excavating business many years on the Island. He has had a cabin in Hessel many years, and moved off the island several years ago to spend more time hunting and fishing. He is an Elder with the Sault Tribe Chippewa Indians.

He is survived by his wife,  Dorothy (Perault); 2 sons, Dean Jr. Hessel; James, Mackinac Island; 2 daughters, Laurie (Reggie) Gough, Cedarville; Florence Gillespie-Cardinal, Cedarville; son in law, Jack Dehring, Mackinac Island; 2 brothers, Robert and Annette Gillespie, Mackinac Island; and Jay and Midge Gillespie, ST.Ignace. 7 grandchildren and 9 great grandchildren. He was preceded in death by his daughter, Dorothy Dehring , January 4,2017. and a sister Mary Thompson, and his parents. According to his wishes no services will be held. Cremation has taken place. Dodson Funeral Home, St. Ignace assisted the family with arrangements.

Dorothy Ann “Dot” Gillespie 78 of Hessel passed away late Saturday evening January 6, 2018  at War Memoral Hospital Long Term Care following a lingering illness. Dot had been on Dialysis for 10 years, both in St.Ignace and the Soo. She was born April 16,1939 on Mackinac Island to James and Delia Elizabeth (Bazinaw) Perault. She was a life resident of the island, and retired from the Mackinac Island State Park after many years of service. She then worked for Alfords Drug Store a short time before moving to Hessel 10 years ago. She is a member of Sault Tribe Chippewa Indians. Dot loved to ice fish with her famlly.
She is survived by 2 sons, Deane Jr. of Hessel, and James of St.Ignace; 2 daughters, Laurie and Reggie Gough, Cedarville, and Florence Gillespie-Cardinal, Cedarville; son in law, Jack Dehring, Mackinac Island; brother, Jack Perault, Mackinac Island; 3 sisters. Kitty and Calvin Horn, Mackinac Island; Mary and Bill Benoit, Alanson; Sue and Dr Bill Chambers, Mackinac Island; 7 grandchildren and 9 great grandchildren. She was preceded in death by her husband, Deane R. Gillespie on May 31,2017, and a daughter, Dorothy Dehring on January 4,2017. Dot will be sorely missed by those who knew her, as she had many, many friends.
At her request no services will be held at this time. Burial of her ashes will be on Mackinac Island with her husband n the spring. Dodson Funeral Home assisted the family.

John W Gillespie age 85 years, passed away at his home north of Tecumseh, Saturday evening, 1927?   He had been in his usual health until Wednesday evening, when he suffered a stroke. The deceased was born on a farm north of Tecumseth, where he had spent his entire life. Mrs Gillespie passe away January 1st, leaving four children: Frank of Monroe, Clare and Victor of Clinton, and Leva at home survive. Funeral was held Tuesday afternoon from the home. Note: Newspaper and date unknown, the year 1927 based on birthdate and age at death

Mary Margaret Gillespie ( nee Kozare) passed away on May 12, 2014 at the loving age of 67 in her sleep.  The proud daughter of Ernest and Helen (Meritt) Kozare.  She was born in East Chicago, Indiana on February 20, 1947. Mary graduated with honors from Bishop Knoll Catholic High School.  She was a beautiful, intelligent, Christian woman, loving mother, grandmother, great grandmother, sister and daughter.  She shared many stories of how her parents could clear the dance floor.  She was a proud daughter of a WWI and WWII Navy veteran.  She is survived by her sisters, Elonka ‘Lonnie’ Murphy, Irene (John) Cengel and their children and grandchildren; children Debra Ann Gillespie, Edward Joseph Gillespie, Diane Kelley Shahata, grandchildren Christina (Chris) Smith, Raymond ‘Ray Ray’ Gillespie Stocking, Brianna Gillespie, Malack Helmy Shahata, Michael Anthony Tyll and great grandson Mason Smith.  Funeral Home is assisting the family with arrangements.